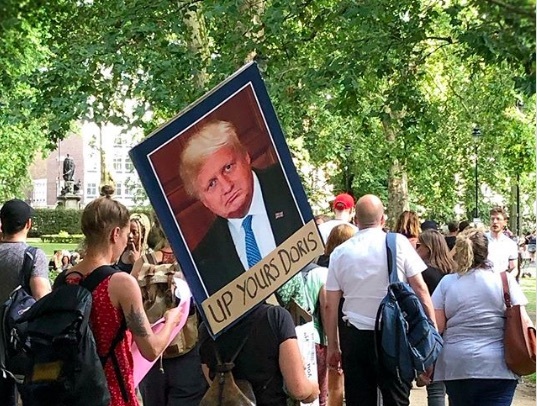 
"F * ck Boris" was the prevailing mood at a rally on Russell Square last night, protesting the new role of former Mayor of London, Boris Johnson, as prime minister.

The event, which called itself a "street party," was planned as a protest against Johnson, who was "a proudly racist, sexist, homophobic prick."


According to the organizers, hundreds of people went up to Russell Square before an estimated 10,000 people marched to the gates of Downing Street. Here are some of the posters they carried (they contain a strong language - you were warned):